Here we pick out some things that you might not know about Rotherham United’s USA international defender – Matt Olosunde!

Olosunde was among a host of new signings for Rotherham ahead of the 2019/20 season. He signed for the Millers on a free transfer after he was released by Manchester United last summer.

He had previously spent two-and-a-half years at the Red Devils. When he signed for Rotherham, he was a relatively unknown figure without much previous first-team experience.

But you would not think that by watching Olosunde this campaign. He has hit the ground running at the New York Stadium and has been one of Rotherham’s most consistent performers.

Olosunde was a long-term target for Paul Warne so he and the Millers faithful will hope that the defender will have a successful prolonged career with the Millers.

With that said, here are five things that you may not know about Rotherham United’s talented right-back: 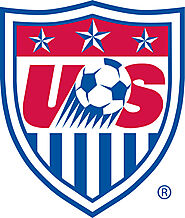 Matt Olosunde spent most of his time as a youngster playing football. Aged six, he joined Princeton FC, a club based in Olosunde's hometown of Trenton, New Jersey. He spent a lot of his youth playing as a right winger, before making the switch to play right-back.

The defender's father, Peter, said: "You couldn't get [Matt] off the field. When he was 10, we’d be at the indoor facility and he’d keep joining the next practice session - three or four sessions until we finally said, ‘We can’t stay all night!’”

Olosunde soon progressed through to the USA national team at youth level. Between 2013 and 2015, he was capped 30 times for the U-17 side. He even represented the USA at the 2015 FIFA U-17 World Cup where he made one appearance.

Be the first to reply